Since we are in March, it is time to check out the Xbox Live Gold free games! This month, Xbox is offering four amazing games for free. Just like in other months, all these games are available for free from the beginning of this month to the end of this month.

We believe that you may not want to miss your chance to learn more about them! In this way, you can decide which games may be worth your time to download.

However, we believe that you are going to love each of these games a lot! So, let’s check them one by one!

The Flame in the Flood

The Flame in the Flood is one of the most amazing survival and action roguelike games. The game was developed and published by The Molasses Flood on February 24, 2016. In addition to this, this great game is available for free between March 1 and March 31.

You are going to take a journey through post-societal America, and you’ll make your own way in the lost lands. On this journey, you will have to gather resources, craft items, and try to survive despite all the odds. We would like to note that The Flame in the Flood’s art director is also the art director of BioShock. In this sense, we are pretty sure that the game will attract your attention with its atmosphere and graphics.

If you are looking for a fun sports game to play, we can recommend Street Power Soccer to you. The game was developed by SFL Interactive and published by Nacoon on August 25, 2020. It will be available for free between March 16 and April 15.

You can customize your character the way you want and create yourself in the game. Without a doubt, Street Power Soccer will be an amazing choice for those who love sports games.

Sacred 2: Fallen Angel is one of the oldest role-playing franchises in the world, and we4 assure you that you are going to love it a lot. The game will be available between March 1 and March 15. It was developed by Studio II and published by THQ Nordic on December 22, 2012.

Despite a decade, the game still manages to attract the attention of hack and slash and action role-playing games. If you have never played this beautiful game before, then it may be the best time to check it out without spending a penny. Players can choose from different classes and take a great journey in a fantasy land in Sacred 2 Fallen Angel.

SpongeBob’s Truth or Square is one of the best family and kid games that you can play. If you love the production, you are going to enjoy this platformer a lot. It is worth noting that the game will be available between March 16 and March 31. It was developed by Heavy Iron Studios and published by THQ on October 26, 2009.

In the game, SpongeBob will lose the secret formula of Mr. Krabs, and you will help him find the recipe. The fun thing is, Plankton will be helping SpongeBob as well. You will find plenty of challenges in this amazing game, so enjoy your time very much. If you are looking for a great game for your kids, then this is it. 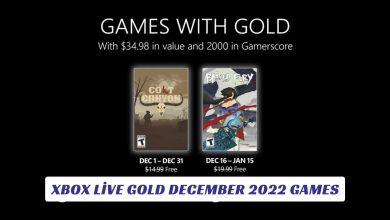