Battlefield 2042 is the latest game of the Battlefield series. Despite the series starting to lose popularity as new and better games developed, EA has special plans for this game. They are planning to let Battlefield 2042 reach its previous glory by adding new features and modes to the game.

The game was released recently, and there are some minor bugs in the game. However, considering that Battlefield 2042 will take us to the future, it is one of the fun games to play these days. You are controlling a soldier in this first-person shooting game and competing against other players.

Battlefield 2042 is the latest release of the Battlefield series and managed to attract plenty of attention. The game was developed by DICE and published by Electronic Arts on November 10, 2021. It sold more than a million copies in a day and had really crowded services.

Just like the other series of the game, Battlefield 2042 offers a fun shooting experience with some military equipment. EA adopted some of the popular concepts in this amazing game to attract more attention. We cannot say that Battlefield 2042 has already received plenty of positive feedback from the community. We’ll tell why in the following part.

If you have played the other games in the series, you don’t have to worry about getting used to Battlefield 2042. In this game, players can choose from three modes. The first one is all-out warfare. You can compete with up to 128 players on a battlefield and try to be the victorious side.

The other mode is called Battlefield Portal. Players can play some of the iconic maps of the previous series with modern and even futuristic equipment. It is an ideal choice for those who miss the old but good Battlefield games.

The third mode is called Battlefield Hazard Zone. Basically, this is a battle royale mode where you or your team will compete against other players to be the last man standing on the map.

You can play the game on your computer, but the game doesn’t support every operating system. Just like the previous series, it only supports Windows. Battlefield 2042 is available on Origin, Steam, and Epic Games with a price tag of $59,99. The game is also including the paid subscription service EA Play Pro.

Battlefield 2042 is available on gaming consoles too. If you have a PS4 or PS5, you can purchase the game on PS Store. In addition to this, you can play the game on your Xbox One, Xbox Series X|S by purchasing on Xbox Store. You can unlock member-only benefits, try out new games for up to 10 hours, and save 10% off EA digital purchases on Xbox Game Pass.

However, we believe that the game will appeal to those who like to play with modern graphics and arms. Although the game takes place in the future, you shouldn’t expect lots of futuristic weapons or equipment. Cause weapons are highly limited. If you are looking for classic Battlefield games, we are suggesting you check out Battlefield 1 or Battlefield 5.

Battlefield 2042 has a great fan base, and you can always find games to play with more than 100 players online only in seconds. If you don’t want to wait in long queues to start online games, it can be a great choice for you.

All in all, if you are looking for an exciting battle and compete against hundreds of players, the latest game of the Battlefield series could be a great choice for you. Although microtransactions may be annoying, they don’t offer any superiority to players either. 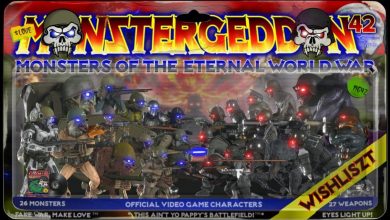