Dungeons of Sundaria is an action-packed RPG indie game that offers a decent adventure opportunity to gamers. The game was released as early access on July 18, 2022. It is still being developed and published by Industry Games.

If you have been missing the good old Vanilla games, Dungeons of Sundaria can offer the same experience with slightly better graphics. The only downside to this early access is the number of dungeons available in the game.

So far, only four dungeons have been offered to players, with three difficulty options. These are normal, hard, and a nightmare. It is an online single-player game where you can co-op with up to four other players if you want. The nightmare difficulty requires great collaboration, so we recommend the co-op mode.

Although the number of dungeons is limited to four, players will face hundreds of monsters and dozens of bosses in each dungeon. We really liked the bosses, each of whom was diabolical.

What makes Dungeons of Sundaria special is the number of armor, weapons, and accessories in the game. You have to collect these items one by one to use them on your heroes. Each of these items also provides different stats depending on your class.

Besides collecting items, you can craft equipment that lets you complete the missing pieces in your collections. The game also offers a heroism system. This will increase the power of your hero continuously. In other words, you will get stronger in line with how much time you spend on the game.

Since Dungeons of Sundaria does not offer PvP, this is a completely innocent mechanic that doesn’t affect the course of the game. It only boosts the player’s in-game experience and creates a bit of addiction, just like most MMORPGs.

Another great thing about Dungeons of Sundaria is that it does not require advanced hardware to run the game. In fact, even the recommended setting requires less performance than Google Chrome. Therefore, a wide range of players can enjoy it without any challenges.

The game will also include new characters and dungeons in the following days. For example, the developers will introduce the Goblin race together with two new dungeons in September. These dungeons are Dreadforge and Icy Depths.

After the successful implementation of these mechanics, the developers will work on adding the Lizardman race together with Ragewind Castle and Festering Bog. If you have noticed, the dungeon names may seem familiar, especially if you enjoyed World of Warcraft during the Vanilla years.

If you do not expect a lot from the graphics, we believe Dungeons of Sundaria will appeal to you a lot. The fact that you will not have to farm in the open world and directly focus on dungeon crawling makes the game quite fantastic.

However, the limited number of dungeons can be a setback for the game. These days, we all want to consume content quickly and do not like to take our time. If the developers fail to meet the needs of players, the game may lose its fan base before the official release. 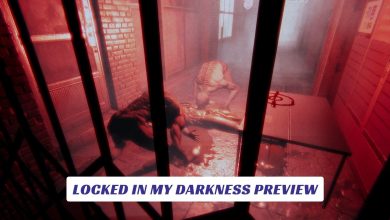