Evolve Stage 2 takes place in the far future and on a planet that is located in a different solar system. One of the game’s notable features is the abundant number of playable characters on both sides. You can be the hunter or the monster, depending on your preference.

Thus, we have compiled all the playable hunter characters for you in this section, together with their classes! If you are planning to learn more about the game and its characters, this could be your chance!

Assault characters in Evolve Stage 2 specialize in dealing massive amounts of damage in a short time and fighting with the monsters head-to-head. In other words, you can consider this class as the tank class in the game. They all have two large protrusions on their back. They also specialize in using shields, but they only own one short-range and one long-range weapon.

In addition, they can carry grenades with them to attract attention on them. They use their shields for protection purposes and to deal heavy damage. The signature color of the assault class is red. There are five assault characters in the game, and these are:

Trapper class specializes in using traps to slow down or track monsters. One of the notable skills of trappers is that they can scan the planet and show their location to all hunters for a few seconds. While other characters cannot see the monsters when there is a block between them, trappers can still see the outline of these monsters.

They often use tools, including trapjaws, satellites, and sound spikes, to track the monsters. Unfortunately, they mainly focus on locating, tracing, and slowing down the monsters, but they deal low damage. Trappers’ signature color is green. There are five trapper characters in the game, and these are:

As you might guess, medic characters take care of their team and keep their teammates alive. Additionally, they can also revive their team members. They mainly focus on healing players but also have one offensive weapon to deal damage.

Besides, they also have secondary weapons such as medic drones or mediguns, which heal the players. Their signature color is blue, and there are five medic characters in the game, as follows:

The support class is the protector of the team. They do this often by adding more firepower. Support characters can provide a shield for every player on their team, and they need to switch between offensive and defensive gameplay depending on the course of the fight.

One of the main duties of support is protecting the healer and shielding them from assault to increase their survivability. The primary weapon of the support players deals a high amount of damage to monsters as well. The signature color of the support class is yellow, and there are five characters you can pick for this class:

Some of these characters we mentioned above in different classes also have adaptations, which allow them to play different roles as well. 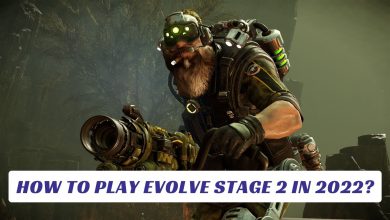