If you have played Hyper Light Drifter and loved it, we have some great news for you! Solar Ash is officially available on Epic Games Store right now! This new and fun game offers almost the same gaming experience as an award-winning Hyper Light Drifter.

So, if you could not get enough of Hyper Light Drifter, which was an amazing game, you need to check out Solar Ash too! Below, we have covered everything you might want to know about this game. Including what it is, whether it is a sequel or not, or how long it will take to complete the game.

Solar Ash is a newly released action–adventure game, which was developed by Heart Machine, and Solar Ash was released on Epic Games on December 2, 2021. We believe it is one of the best Christmas gifts for the players who love action and indie games. You will take a journey in the same universe with Hyper Light Drifter in this great game too.

You are going to control Rei, which most players might know from the previous game, and try to save your planet. The game offers you high-speed as well as the gravity-bending world. You are going to fight against numerous creatures and monsters, take down bosses and explore a unique universe.

Is Solar Ash a Sequel?

Although Solar Ash and Hyper Light Drifter share the same universe, Solar Ash is not a sequel. It is completely a new game with a similar purpose. However, it totally offers a unique gaming experience. Players are going to help Rei to save her planet.
To do this, you will have to fight against mobs, eliminate bosses and bend gravity to make everything possible. Although both games take place in the same universe, Solar Ash offers you a unique experience and storyline to follow.

How Long is Solar Ash?

If you will not look for any collectible and will not play the game on hard mode, then you can expect to complete the game in between five and six hours. On the other hand, if you would like to enjoy everything that game offers for you, then it will take more than 12 hours of gameplay time to complete the game.
This mainly depends on your skills and how much you are going to spend to enjoy the iconic scenery of the game. If you love to collect achievements but are not interested in the graphics or surroundings, then you can complete the game in 8 hours on average. 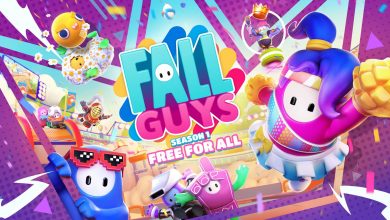