A free-to-play fast-paced sci-fi shooter, Splitgate, had borrowed some special features from Halo and Portal and managed to get attraction from too many players. Some even had described the game as “Halo meets Portal.”

Spiltgate is a fast-paced free-to-play shooter developed by 1047 Games. Although the game was initially published on Steam in May 2019, the game has not been fully launched yet. However, the game seems solid and a complete product. You now play the latest version of the game called Season 0, which adds so many features to the game, including new character models, more maps, and an infection gameplay mode.

At first glance, you see that the characters and gameplay are quite similar to Halo. However, it also brought core mechanics from Portal added a whole other dimension to the game. Besides your normal weapons, you also have a weapon that can create portals in certain areas no matter how far apart they are. And not just for teleportation. You can also look through these portals to select distant enemies or even shoot them. Fantastic, isn’t it?

It is possible to play Splitgate on different platforms, and also it supports crossplay. Thus, when you are in a PvP match, your teammate might play on another platform.

Splitgate is playable on PCs, PlayStation, and Xbox platforms. The game is available for all of these platforms free of charge. So, you can just download the game to your device and start to play it.

You can download the game for your PC from Steam. If you are a console player, you know where to find the game. It is available on PlayStation Store and Microsoft Store. By the way, it doesn’t run on PS5, unfortunately, but who knows, it might release for PS5 in the future. 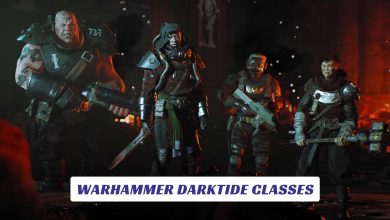