If you are looking for a new challenge in an ARPG game, you should check out the Gothic multiplayer survival game V Rising. Developed by Stunlock Studios, V Rising is a hybrid game influenced by the Gothic lens of a vampire who awakens after centuries of sleep and is robbed of his abilities. The game has been available on Steam since May 17, 2022.

Players desire challenge, mystery, and reward besides entertaining and inspiring activities when they play a video game. This highlights the significance of game mechanics as the tools with which the player must engage in order to complete game tasks. In this respect, V-Rising has managed to arouse excitement in many players.

First and foremost, the mechanics are pretty smooth and purposeful. The gameplay of this survival game centers around managing resources, staying out of the sun, creating, seeking blood, combating haunters, and more.

While its basic premise is familiar to anyone who’s played games in the genre, there’s a uniqueness to V Rising that makes it stand out from the crowd. This uniqueness is a variety of game types. You may play solo in PvE or team up with other vampires on the server to hunt down adversaries and revive each other in PvP. It also includes a tremendously addictive multiplayer mode.

Players assume the character of a disabled vampire who has awoken after decades of hibernation. They must reclaim the Vampire Haunters’ authority, restore their castles, and further extend their vampire empire. V Rising servers enable you to join forces with others to battle rebel troops. In addition, you can raid other players’ castles and fight to the death.

Although you have certain active items, it’s the simplest example of what an RPG should be. Despite the game’s isometric camera viewpoint, it’s safe to say it’s graphically stunning. There are little gameplay steps, as we mentioned above.

However, RPG games are not perfect in themselves. V Rising, whose core gameplay loop and mechanics are unoriginal, doesn’t include any experienced system to upgrade your character’s development. Thus, it is safe to say that instead of the game telling you where or how to get the items you need to upgrade your character, the player has to search for them or consult a guide on how to get them.

All in all, as we know, the game managed to get so much positive feedback since its initial release. Even though there are some areas for improvement, V Rising still offers a fantastic vampire survival experience as a game.

One of the essential things for PC players is the system requirements to be able to play PC games smoothly. In this regard, you should not worry about having superior hardware to enjoy V Rising on your computer. Here are the minimum system requirements for the V Rising

But beware, the game is still in development, and those requirements may change before the final release. On the other hand, if you would like to play V Rising on the recommended settings, your PC needs to meet at least the following requirements: 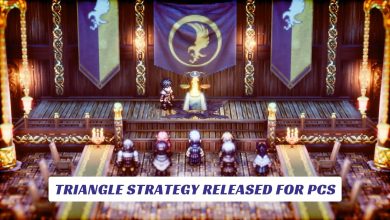