Harvestella is a Japanese role-playing video game that combines life simulation and fighting elements. Developed by Live Wire, the game was published by Square Enix on November 4, 2022, for the Nintendo Switch and PCs.

Harvestella is set in a fantasy world called Seaslight, a place where giant crystals govern the passing of the four seasons. Each season is about 30 calendar days long. However, when the seasons change, the crystals become unstable, causing two seasonal seasons: Life and Death.

In this game, players must work together to defeat the mysterious Quietus, a calamity that disrupts the cycle of seasons. This disaster fills the air with death, which means that everything alive outside will die.

To fight the dangerous Quietus, players will have to make friends with people in the town and help them grow crops. They will also have to protect animals and tend the farms.

Players can then take on different jobs. They will gain access to livestock, different foods, and crops. They will also have access to repair kits, bombs, and bridges. They can also design a pawn to help them through battle.

So, as you can see, it is possible to compare Harvestella with Rune Factory 5 and Final Fantasy in terms of gameplay because all these games revolve around farming crops while attempting to save the world.

In the game’s story, you’ll play the main character, Ein. She wakes up at six o’clock in the morning and tries to tend to her farm. However, her sleep is interrupted by Quietus, an event that causes deadly dust to engulf the air and crops to shrivel.

The story begins like that, and you’ll try to save the world from the sudden appearance of a deadly magical plague called Quietus.

Is Harvestella Arriving on Consoles?

Harvestella is only available on Steam for PC and Nintendo Switch right now. Square Enix has yet to confirm or deny if the game will be released on PlayStation 4 or Xbox One. Harvestella is currently unavailable on additional platforms as a result of this. That is not to imply that AAA titles will never appear on the PlayStation or Xbox. 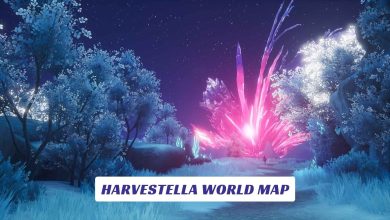