Jurassic World Evolution 2 managed to attract great attention during the first week of the release. Without a doubt, it is one of the best dinosaur game franchises in the world and appeals to a wide audience. In this guide, we are going to talk about the details of this game.

If you have not bought Jurassic World Evolution 2 yet, we highly recommend doing so. This is especially true if you are interested in these ancient creatures. This simulation game offers a perfect combination of science fiction and strategy for dinosaur lovers!

Jurassic World Evolution 2 is one of the most important and famous dinosaur games available on the market. The game was developed by Frontier Developments (known for its Elite Dangerous game) and released on November 9, 2021. Although the game is new, it managed to sell a million copies all around the world. Of course, the success of the first game has a great influence on these figures.

We do not doubt that the new game of the series will be as successful as the first game. It offers a great simulation experience for players. You are going to build facilities, tame, mate, and take care of dinosaurs. With its realistic graphics and sound, the game is highly promising.

This means that you need to manage your resources to grow your park. Moreover, the game has the same story as the Jurassic Park movie. So, if you have watched the movie before, you can start the competition one step ahead. We need to emphasize that the game is a single-player game too.

Where to Play Jurassic World Evolution 2?

On the other hand, if you have consoles such as PlayStation 4 or 5, and Xbox One, Series X|S, you can play this fun game. Due to its high graphics and large file size, the game will not be released for the mobile platform. Just like the other computer operating systems, we do not expect it to be released on mobile platforms either.

Why Should You Play Jurassic World Evolution 2?

Management simulation games always offer a fun gaming experience for the players. Now double the fun with the dinosaur concept. What can be better than this, uh? If you love dinosaurs and are looking for a great game, then this is it. The game appeals to a wide audience. Anyone who loves simulation or building games can love it! 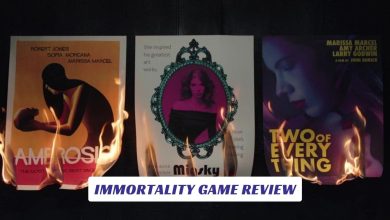