It becomes harder every day to release a game on time. Because of the global financial recession, many famous upcoming video games have been delayed. And finally, the long-awaited farm sim game Coral Island was released with early access today, October 11, 2022, for PCs.

For those unfamiliar with Coral Island, let us describe the game first. It is a rich-content farming game where you live with a variety of characters and farm animals on an island. While you can raise them together to create the perfect farm, you can also have some fun with other characters. You can be friends or date, marry, divorce, and have children.

Coral Island Have Some Exceptional Features To Discover

Don’t forget that every character in the game has their own unique story and characteristics. They have different hobbies and interests. When you have children, they are much more likely to share the same interests with you, but you shouldn’t expect too much since they become NPCs in the end.

You can take control of the NPC animals, which can be shown in two groups, as coop animals and barn animals, on Coral Island. You will be able to choose from a variety of animals and plants that you can care for on your island. There are even dragons, cats, dogs, monkeys, foxes, and more.

You will also be able to explore underground caverns where you can find valuable minerals for upgrading your farming tools. Don’t forget that the more you progress in the game, the more achievements you are likely to achieve.

Coral Island is also full of unique characters. You will have the chance to customize your character’s looks in the game. You can choose from a variety of pets that come with different outfits.

There are numerous campaigns that you are required to complete to unlock further features while playing. There are different campaigns in both single and multiplayer nodes. And yes, the game supports online play! Each player has to have an original copy of the game to be able to play it together. 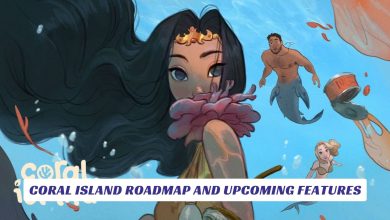 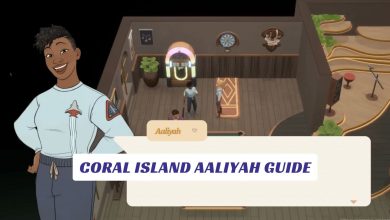