Without a doubt, the most important title that will be offered for free on PS Plus in January 2023 is Star Wars Jedi: Fallen Order. But there is another AAA game in Sony’s January free game selection for PlayStation Plus members: Fallout 76. This game is a major part of the Fallout franchise and is a big deal for gamers who love survival games.

Another game that’s set to be offered on PlayStation Plus in January is Axiom Verge 2, a Metroidvania game. And the best game of January selection PlayStation Plus is Star Wars Jedi: Fallen Order, a third-person action-adventure title from Respawn Entertainment. It is set in between the movies Revenge of the Sith and A New Hope.

Here are all the PS Plus free games for January 2023.

As you know, Fallout 76 is a multiplayer video game released in 2018. It’s a Bethesda-developed title that was published in 2018 for PlayStation, Xbox, and Microsoft Windows.

Fallout 76 is one of the newest games in the Fallout series and has a lot to offer. The real secret to Fallout 76 is its online co-op. You can play cooperatively, compete against other players, or just wander around. There are various regions to explore, each with its own unique style. The game has some of the best music in the genre and a variety of interesting enemies, creatures, and landmarks Fallout 76 will be among the other free titles of PS Plus in January 2023.

Axiom Verge is a pixelated action-adventure game that features unique gameplay mechanics. The game was a hit when it was first released in 2015. Axiom Verge 2 is a Metroidvania game that’s been getting a lot of attention since its release. As a sequel to the first game, it has more enemies, more upgrades, and a new world to explore.

Axiom Verge 2 will be available as a free download for PS Plus users in January 2023. This is great for those who appreciate indie games.

Star Wars Jedi: Fallen Order is a third-person action-adventure title developed by Respawn Entertainment and published by Electronic Arts. It takes place between the films Revenge of the Sith and A New Hope. It is one of the most popular Star Wars games to date. The game is based on the premise of a Jedi Padawan who the Imperial Inquisition pursues. While the gameplay is a bit derivative, it is a solid experience for fans.

Star Wars Jedi: Fallen Order was one of the most exciting games of the year 2019. Star Wars: Jedi Fallen Order will be free for PS Plus users in January 2023. 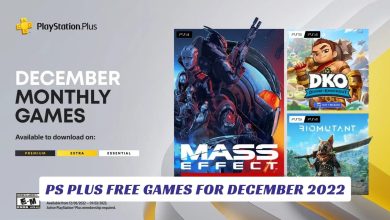 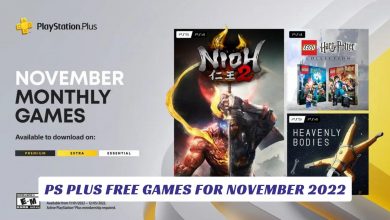