We are happy to share a detailed review of one of the newest heroes in Valorant, Fade. This Turkish bounty hunter is definitely a game-changer who can seize the secrets of enemies with her raw nightmare power. She is capable of revealing the darkest fears of her enemies before she crushes them with the power of darkness!

She also has an affiliation with Valorant Protocol and plays as an initiator. Her ultimate power, “nightfall,” is capable of destroying her enemies in a matter of seconds as well! The Bounty Hunter, which is her codename, was released on April 27, 2022, and any player can enjoy her right now! Here are the details of Fade.

Fade has two basic abilities, which are prowl and seize. You can equip a prowler and unleash it forward to damage your enemies. It will chase the first enemy or any terror trail it will find.

In “Seize“, you will equip a raw fear, which you can throw at your enemies. It will also drop a knot after a time, which you can also drop earlier by using the skill again. It will bind the enemies in place after the impact. Moreover, it will cause decay and deaf effect on your enemies during the binding.

Nightfall is the ultimate skill of Fade, where she equips the power of raw nightmare. Later, you unleash a wave of nightmare energy, which is unstoppable. Enemies caught by this wave are deafened, decayed, and marked by terror trails.

Fade is a fearless hunter who is looking for someone to take from her. She believes that Valorant protocol is responsible for this event. She also blackmailed Valorant by exposing some of their secrets, which she claimed she made public. As a result, Valorant sends agents to Istanbul to attain her, and soon she learns that Valorant Protocol is not the one responsible for this event. Eventually, Fade joins the Valorant Protocol. Fade’s famous quote, “It doesn’t matter where they hide, I’ll find them. I always find them. “, gives important clues about her ambition and personality as well. 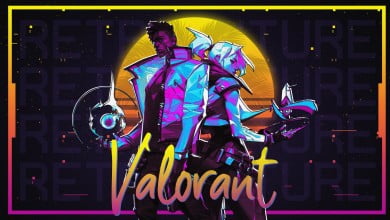