Since Valorant launched in 2020, many new agents have joined the game. In this article, we’ll examine these agents tier by tier, but you can also get brief information about the abilities of the agents.

For those who are unfamiliar with Valorant, let’s give some brief information about the game. Valorant is a free-to-play hero-based tactical shooter game developed by Riot Games. It becomes one of the most popular FPS games since it was released in 2020. You can play Valorant as 5v5. The game consists of 13 rounds. In addition to the 13 rounds of competitive and unrated modes, there are also shorter game modes like Spike Rush and Deathmatch. You can find more information on the official website of Valorant. Since the game is character-based, each character has different features. Let’s get to know these characters layer by layer.

When we list the Valorant agents according to their effectiveness, the agents put in the first tier are as follows.

OMEN is an agent that you quite knew if you play Overwatch. OMEN has teleportation abilities and can be everywhere. If you play right with OMEN, he can be deadly. Although OMEN’s abilities are very solid defensively, he lacks a little offensive, so he is in the first tier, in our Valorant Tier list.

JETT is the fastest agent in the Valorant. If you play right with JETT, there is no bullet to catch you. JETT’s ability to move vertically as well as its horizontal speed is another of her ability. Thus, you can provide views from specific points of the map and surprise your opponents. You can also eliminate your opponents one by one with your blades, each of which hits 50hp.

PHOENIX is the most self-sufficient agent in the Valorant. A character that you can blind the opponent and send your clone on. You can also create a curtain of fire to block the sight of your opponents. It’s not over yet the fireball you throw fills your health while burning your opponents. An agent who has everything an offensive agent should have. Isn’t it hot?

If we say REYNA is the most selfish agent in the Valorant, it couldn’t be wrong. Honestly, she was too strong at first. However, with an update, REYNA’s power has been reduced. So, you can benefit from four life spheres in the past, but now you can benefit from two health spheres. Since Valorant is a team game, she doesn’t have much to do but still remains the favorite agent of most players.

These agents are the Valorant Tier 1 list prepared by LAWOD editors. If you want to find out which Valorant agents are in Tier 2, Tier 3, and Tier 4 list, Stay Tuned To LAWOD. 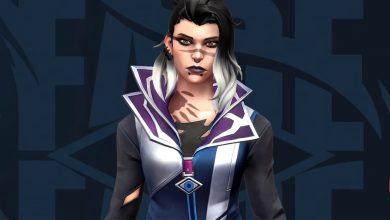