Developed by Wayforward, River City Girls 2 is the sequel to the first game in the series. The second game is more immersive than the first because it has a more complicated setting and more things to collect. In addition to the standard beat-’em-up gameplay, River City Girls 2 also features a handful of side quests that will keep you on your toes for the duration of the game. If you’ve ever played TMNT: Shredder’s Revenge this past year and liked it, you should definitely check out River City Girls 2 too.

The sequel boasts a new four-player co-op mode, which makes it a little more accessible than the previous game. The mainstays of the game are still the same, though:

Its best feature is probably the multi-level dungeons with numerous hidden secrets to uncover.

So, of course, the real fun is beating the hordes of the undead with the help of a couple of your favorite River City alums. As with the first game, you can expect a slew of henchmen to fend off the invading foes, including a snarky adopted son. In addition, you can upgrade your gear through side quests or splurge on a few items to boost your stats.

River City Girls 2 features a rich combat system that makes it more interesting than the original. In addition to new moves and weapons, you can recruit your own hired heavies to help you in battle. In River City Girls 2, you can use special attacks and combos, including wall-bounds, juggles, and lift-offs. You can increase your fighting strength and speed with food and stat buffs.

While the game has a lot going for it, its performance isn’t as impressive as it could have been. While some effects are 60 fps, the rest of the game runs at just 30 fps. This means that timing attacks are often difficult.

River City Girls 2 has a multiplayer co-op mode that initially supports up to 2 players. The good news is that the number of players has now been expanded to 4. This allows for more complex missions and more options for clearing levels.

In addition to the four-player co-op mode, it also has a day-night cycle and new character interactions. There are six different playable characters in River City Girls 2.

A Good Mixture of Pixel Art and Real Music

The first thing you’ll notice about this sequel is the pixel art. It is beautiful. Each location in River City is rendered with exquisitely animated pixel art. The colors are just perfect for the gritty streets of the game.

One of the best things about this game is the music. It’s full of quirky and witty inside jokes. There are some songs that are reused from the original game’s soundtrack. But it also has some new tunes. 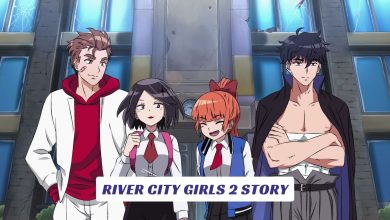