Splitgate has managed to be really popular since its first release, and it manages to increase the number of its players with every passing day. Today, it has more than a million active players. Finally, the developers decided to launch Season 1, where players compete to rank on the leaderboard.

We believe that this will increase the competition in Splitgate and attract more ambitious players to the game. Thus, the competition will get harsher with every passing day. Therefore, we wanted to compile this guide where you’ll learn more about Splitgate Season 1!

Splitgate was released on May 24, 2019, as a free-to-play game. The game was developed and published by 1047 Games. Splitgate managed to offer players what many first-person shooter fans craved: a great arena shooter game.

As a result, the game managed to become popular in a very short time. However, it lacked some challenges and competition. Although players have been waiting for the official season to start, it is finally live! You can enjoy Splitgate Season 1 by logging into your game today.

What Is New in Splitgate Season 1?

First of all, we would like to warn you that Splitgate Season 1 may be live, but it is still in beta. Even in beta, however, Splitgate Season 1 offers plenty of new features to players. The first thing that attracts attention is the 100-level battle pass.

In addition to this, players can build their own maps and share them with their friends. You can also enjoy two modes: Evolution and One Flag CTF. Without a doubt, these new features will enhance the gaming experience of many players. The first major update for the Splitgate Season 1 beta version was released on January 27.

Who knows, maybe 1047 Games may introduce new features with the major update. 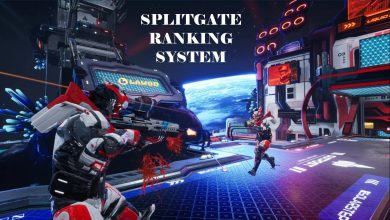 What Are Splitgate Ranks?