The Callisto Protocol is one of the promising games in the horror survival game genre. For years, we all missed The Dead Space, a science fiction/horror media franchise, and finally, a new game was announced. It seems like it could fill the hole left by The Dead Space.

The Callisto Protocol is being developed by Striking Distance Studios, which is a new studio with an experienced team. Without a doubt, it was one of the notable announcements of the Game Awards, and already, thousands of people are trying to learn more about this horror survival game.

Unfortunately, the exact release date of The Callisto Protocol is still unknown. However, the good news is that the game is planned to be released in 2022. On the other hand, we should not forget that most teams are working remotely due to the pandemic.

As a result, we may read some news about the delay in the release date. We should not forget that the game will be the first release from Striking Distance Studios. In this respect, we believe that they should be pretty ambitious, and we hope that the release date will not be postponed.

The game has not released any gameplay videos yet, so it will not be logical to talk about its gameplay. On the other hand, we all know that The Callisto Protocol was inspired by Dead Space. Their goal is to create the most terrifying game for consoles.

On the other hand, when we check the trailers, we understand that you will have plenty of challenges and fights in the game. Players will play as prisoners and try to make their own way out of the nightmare.

The Callisto Protocol took place in 2320. Players will wake up in a prison called Black Iron, which is on Callisto, one of the moons of Jupiter. One of the interesting things about the game setting is that it is similar to the PUBG universe.

In this regard, some players have doubts in their minds, and most players hope that they will not be related to each other in any context. Although unclear, we believe that an alien outbreak will take place in Black Iron, and players will try to make their own way and survive.

One of the good things about The Callisto Protocol is its supported platforms. First of all, the game will be released on the PC platform. In addition to this, it will be released for consoles as well. Striking Distance Studios is trying to benefit from the most recent technology while developing their game. This is why the game will not be available on the Nintendo Switch. 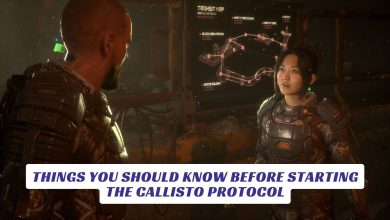 Things You Should Know Before Starting The Callisto Protocol