When you hover over most locations on the V Rising interactive map, important loot is displayed as a tooltip. V Rising has a ton of resources to find and collect. We can assist you in locating a very strong probability of obtaining it if you kill adversaries, smash crates, and loot chests in that area. With this whole V Rising interactive map, we believe that this guidance will also meet the expectations of all players.

Let’s check out our V Rising interactive map guide to all boss locations and where they can be found for a better idea.

There are four boss areas in V Rising where you can find all the locations of the bosses. These are the Dunley Farmlands Roaming Area, the Cursed Forest Roaming Area, the Hallowed Mountains Roaming Area, and the Farbane Woods Roaming Area. Most bosses remain in one place, while some will wander along the highways in their zone. In addition, most bosses in bigger regions are usually found deep within a zone. While it is possible to sneak through the mobs, you can also kill all the foes on the approach to the boss.

First and foremost, the Dunley Farmlands Roaming Area is a zone that is full of top-V bosses, elite enemies, and Undead Commanders. You can get the General’s Soul Reaper weapon by looting one of the Undead Commanders. Dunley Farmlands, while quite a bit problematic for low-level vampires, can provide great resources and crafting materials. There are also a few containers, chests, and gold chests sprinkled everywhere. In addition, it is possible to find abundant supplies of iron ore in this area.

Secondly, multiple top-level V monsters may be found in The Cursed Forest for gamers looking to obtain overpowered vampire skills and abilities. In addition, you will face a large number of elite foes. There are also veins of various gemstones. The Vampire Waygate and Cave Passage are also available for quick travel. Some of the key resources also available here are Ghost Crystals, Pristine Post, and Ghost Shrooms. These are the tips for where players can track down bears, stone golems, gemstones, and trippy mushrooms.

In third place, the Farbane Woods zone is the perfect area to collect valuable items and resources. In Farbane Woods, you can easily find several copper ore veins and fishing spots. Alpha Wolf, your first V boss, will appear in this location. Also, don’t be surprised if you encounter a few other V bosses roaming this area, such as Rufus, Foreman, and Keely the Frost Archer.

You may unlock vampire powers, buildings, skills, and crafting recipes as you defeat them. When exploring this location, you will see that the majority of its terrain is shaded by trees. Therefore, you don’t have to worry too much about exposure to sunlight. An ice area may be found to the east of this area.

In fourth place, Hallowed Mountains is that another zone around this location is about to develop. But it will mostly feature a few elite enemies, the V boss, and roaming creatures. This is likely to happen after the game exits early access. Nevertheless, as soon as this facility is constructed, we will update this section with further information.

Besides, in the Silverlight Hill region, as the name suggests, you can find an abundance of silver and sulphur ore. Chests dispersed across this area have a better possibility of containing premium materials. This region also has multiple end-game V bosses. Azariel the Sunbringer, Immaculate Solarus, Mairwyn the Elementalist, and Morian Stormwing Mother are some of the V bosses you will face. We don’t recommend investigating this location until your gear level is at least 65.

Another extra piece of information about the V Rising interactive map is about cave passages. If the players die, they can resurrect using a unique portal called the Vampire Waygate. However, some goods, such as resources, can’t be teleported, which means you can take a Vampire Waygate to a location to mine or plunder, but you’ll have to walk back. Plus, we highly recommend that players build a Vampire Waygate at their own base, but they are required to unlock it. Consequently, the V Rising interactive map saves players a lot of time going around seeking monsters and goodies.

You can head to the V Rising interactive map by following this link.

Please don’t forget to check out some of our information about V Rising in LAWOD. 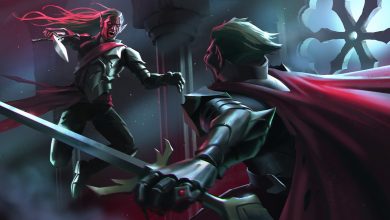 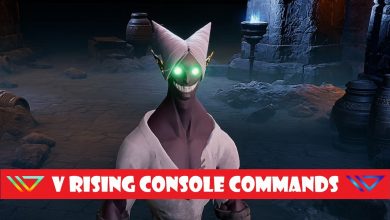