The upcoming third-person shooter action game, ARC Raiders, was actually planned to be released sometime in 2022. However, developers decided to delay the release to sometime in 2023 for unknown reasons.

There are lots of frequently asked questions about Arc Raiders related to its release, story, compatible platforms, and multiplayer modes. We’ve gathered every piece of information and FAQs and tried to give proper answers to them for you!

What is Arc Raiders’ story?

Arc Raiders is a sci-fi shooter where a fight takes place between humans against robotic opponents. You take on the role of renegade soldiers called Raiders and lead a platoon against the enemy force, ARC. You take control of some of the game’s characters and use your thinking to defeat the enemy.

The game is set in a far-future future where a mysterious mechanized self-aware AI threat has invaded the Earth. Your duty is to defend the Earth against this mechanized enemy, which is a mechanical threat from outer space. While the game focuses on cooperative play, you and your friends can also take part in competitive and PvP matches.

Will Arc Raiders be on Last-Generation Consoles?

ARC Raiders is currently being developed by Embark Studios and will be available on PC, PlayStation 4 and PlayStation 5, and Xbox One and Series X/S.

Whether there could be other installments for other platforms like handheld consoles in the future is unknown.

Is Arc Raiders Free to Play?

Yes. Arc Raiders is going to be a free-to-play cooperative third-person shooter game and will be available on multiple platforms.

The initial free-to-play version of the game will be on the Epic Games Store, Steam, and Nvidia GeForce. There have not been any announcements from the developers for any future paid versions of the game.

Will ARC Raiders have PvP?

Yes. The game will have a multiplayer mode in which players can play against each other. Teamwork will be the biggest part of the gameplay that Arc Raiders will offer you. You can build your own squad to fight against another team of enemies! 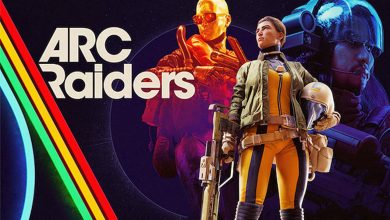