Are you ready to get into an amazing adventure in an alternate world of the USSR? If so, then you might like to play Atomic Heart, which takes place in the future Soviet Union. This game offers an amazing open-world action and role-playing adventure.

You are going to find plenty of sci-fi, horror, and action elements in this game. After a long time, Atomic Heart’s release date was finally confirmed by the developer with the trailer below. Here is everything you need to know.

Although Mundfish confirmed the release date of Atomic Heart, no precise date was announced. According to the developer, Atomic Heart will be released in late 2022. This corresponds to the fourth and last quarter of the year.

In other words, you will be able to access this beautiful open-world game between September and December 2022. If you do not want to miss the official release date of Atomic Heart and you are unsure about whether you can keep the launch in mind, you can visit Steam and add the game to your wishlist.

Atomic Heart offers a great sci-fi adventure to players in the Soviet Union in an alternative world. According to the story of the game, the machinery will rebel against mankind, and your goal is to prevent or stop this rebellion. The best part about Atomic Heart is its futuristic concept.

You can craft and modify your own weapons. You can also craft 30 unique weapons depending on your gaming style and insert modifications to benefit from your surroundings in the best way possible. A fun and fast-paced adventure is waiting for you in Atomic Heart.

We would like to note that Atomic Heart requires decent hardware to play it. You’ll need at least Windows 7 and 22 GB of available space for both minimum and recommended system requirements.

For the minimum system requirements, you’ll need at least the following:

If you would like to play Atomic Heart on the recommended settings, then you’ll need at least the following: 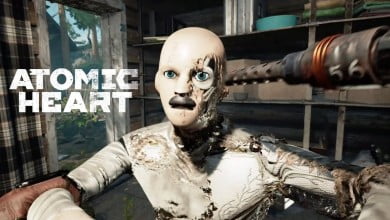 Atomic Heart – Everything About It