Fall Guys Season 4 coming on March 22, 2021. Fall Guys, which was released last year, has reached a large player base in a short time. Devolver Digital, the makers of Fall Guy, continue to keep the game up to date. As you know, like many other Battle Royale games, Fall Guy consists of seasons, and the most recent version of Fall Guys, the 4th season, will be released on March 22. So what awaits us in this season, what kind of innovations will come? You can find it in the content of this article.

’80s Vibes and An Among Us Crossover

In this new season of the Fall Guys, players will travel to the future to the 4041. As you can see in the trailer, we are going to the future with a Fall Guys Bean thrown from the platform. The 4041 greets us in the ’80s vibes theme. The Among Us crossover skin is also revealed in the Fall Guys Season 4 Trailer.

In 4041, you will try to avoid falling over obstacles, overtake your opponents, and reach the finish line in time. But, this time there are many challenges, such as inverted gravity and lasers. I must say that I am looking forward to Season 4 because the synthwave theme and music in season 4 make me excited.

If you want to learn more about Fall Guys Season 4, you can visit Fall Guys’ official website. If you haven’t downloaded Fall Guy yet and want to download and start playing now, you can find the Fall Guys Download link for all platforms on Lawod. 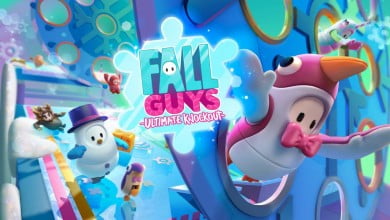 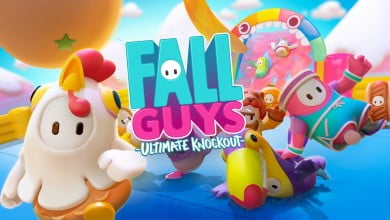