Even though there aren’t many details about PayDay 3, publishers just put out a bunch of artwork showing the game’s different settings and characters. Additionally, a teaser video has been released.

As our PayDay 3 release date announcement article mentioned, the game is set in New York. And, of course, it’s no secret that the title “Payday 3” will be one of the most anticipated games of the year.

So, what’s your take on the teaser trailer? Is this a sign that the game isn’t over? Or is it simply that the game hasn’t been completely announced yet? All we can say is that it looks like it’ll release on both the PC and consoles.

What Does the New Teaser Trailer for PayDay 3 Tell Us?

Starbreeze Studios has revealed a new teaser trailer for PayDay 3. This heist-em-up has been in development for a while.

The new trailer features a large cityscape, showing fireworks in the distance. It then pans back to show four figures in the darkness. These are the original gang members from the first PayDay game.

A new logo for the game was also revealed. The logo is a simple monochrome design.

Aside from this newly revealed information about the game, it is unknown what the gameplay will be like.

Starbreeze Studios, Prime Matter, and Plaion are the publishers of the game. They have stated that the game will come with 18 months of post-launch support. The game is expected to launch on PlayStation 5, PlayStation 4, Xbox One, Nintendo Switch, Xbox Series X and Series S, Microsoft Windows on Steam. It will also feature a social heist universe. 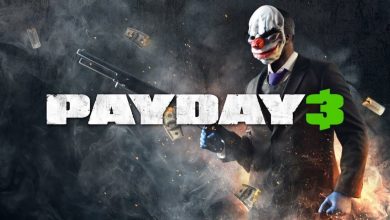