If you are a fan of the Pokémon franchise and enjoy playing on the Nintendo Switch, then we have great news for you! Pokémon Legends: Arceus will be officially released today. This new game will offer you a new adventure that has been anticipated for many years.

In this article, you can find everything you should know about Pokémon Legends: Arceus and its initial release. If you want to get further information, you can read our “An Open-World Pokémon Game for Switch in Early 2022″ article after reading this.

Without a doubt, if you just learned that a new Pokémon game is going to be released, you are really lucky. You will not have to wait to play this new role-playing game. Because Pokémon Legends: Arceus will be released today.

If you have a Nintendo Switch console and are looking for an amazing game to play, this is it! In addition to this, players can purchase the game right now for $59.99 on Nintendo eStore.

Why Should You Play Pokémon Legends: Arceus?

Pokémon is one of the most successful franchises in the world. It appeals to players of all ages, and today the new Pokémon game will be released. Pokemon lovers have waited for this day for a long time. That’s why we are so excited about this release.

In this new Pokémon game, you will have a chance to explore the Hisui region, and your goal is to complete the first Pokedex in the area. Thus, you need to catch as many Pokémon as you can. However, as you can guess, this will not be easy. 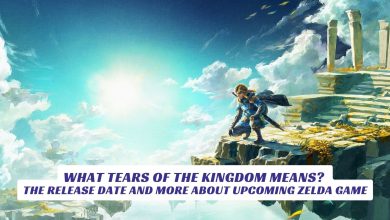