Ginger Island is one of the notable and important locations in Stardew Valley. It is divided into four parts: South, North, East, and West. In this guide, you’ll find detailed information about how to get to Ginger Island and the content you are going to enjoy there. So, let’s keep our introductions short and check them one by one.

Why and How to Get the Ginger Island?

Ginger Island can also be considered an extension since it offers unique features and the new economy, which is Golden Walnuts. It is a great location for many events, such as fishing, foraging, buying and selling stuff in the stores available on the island, and meeting new villages.

Ginger Island is a mall island located in the Fern Island archipelago. You can get to this location with a boat available behind the Fish Shop. You need to repair the community center if you can’t access the boat.

The north part is rich in terms of the buildings, such as Island Trader, which sells foraged items, and Island Field Office, where you can meet Professor Snail. But, keep in mind that to fix the bridge to meet Professor Snail, you should spend 10 Golden Walnuts. You will also have to destroy a large rock with a bomb to free Professor Snail.

By doing it, you will open a Dig Site similar to the Quarry in the Mountains. Here, you can find plenty of items, such as clay nodes, Mahogany seed trees, bone nodes, and rocks. Moreover, you can also visit the Volcano Dungeon, which is in the far northern part of the area.

In this part of the map, you can place an Island Obelisk or Warp Totem: Island here. You can also find the Beach Resort here. It is a store that offers Tropical Pumpkin recipes and alcohol. The recipe only costs 20 Golden Walnuts and lets you visit Pirate Cove.

In this cove, you can earn one Mead every day when you visit Eye Patch or Pirate Hat. Moreover, you can catch fish, such as gourmand statues, super cucumbers, stingrays, pufferfish, lionfish, and flounder. Players can also win Golden Walnuts by simply playing darts in the cove.

You can also find the Mermaid on the south coast of the cove when it is rainy. The Mermaid can give you 5 Golden Walnuts by simply solving the puzzle, in which small stones mean one click and large stones mean 5 clicks.

You can follow the following pattern to solve the puzzle by clicking 2, 11, 9, 5, and 7 times, respectively.

Here, you are going to meet Leo. He is a villager, and you can help him move to Stardew Valley by increasing his heart level to 6. You can also learn the number of left Golden Walnuts on the island by interacting with Leo’s parrot.

What makes this part of the map special is it is the only place you can forage, but you can only find Fiddlehead Ferns. Additionally, you can win 5 Golden Walnuts by placing gems on the four platforms of the Gem Birds shrine, available in the jungle.

You can acquire these gems from the birds, which spawn randomly in one region when it is rainy. You can also use Rain Totems to spawn these birds, which will drop gems when you approach them.

Birds will spawn next to the pond in the West, the upper part of Island Trader in the North, the middle of the map in the East, and the left part of the docks in the South.

The West part of the island can be quite confusing due to its rich content. Besides you can find plenty of building to explore, the farm may be the most important area. You can grow crops here just like in Stardew Valley, but you should have to clean the area from debris, weeds, and logs first.

You don’t need any scarecrows since there are no crows on the island. Additionally, you can’t choose a farm type on this island, just like you can in Stardew Valley. You need to spend 45 Golden Walnuts in total to build a mailbox, Sleeping Hut, and Farm Obelisk.

Once you build the sleeping hut, you will meet Gourmand Frog, which you can win Golden Walnuts by bringing crops to him. You will also meet Birdie and get The Pirate’s Wife quest. You can also win a Golden Walnut by playing the whack-a-mole game in the shipwreck.

If you spend 100 Golden Walnuts, you will have access to Qi’s Walnut Room, where you can access new challenges as well as the perfection tracker. 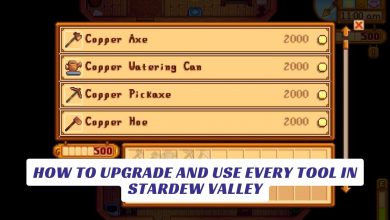 How To Upgrade And Use Every Tool in Stardew Valley 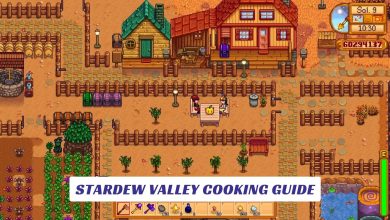 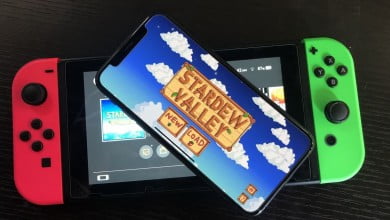